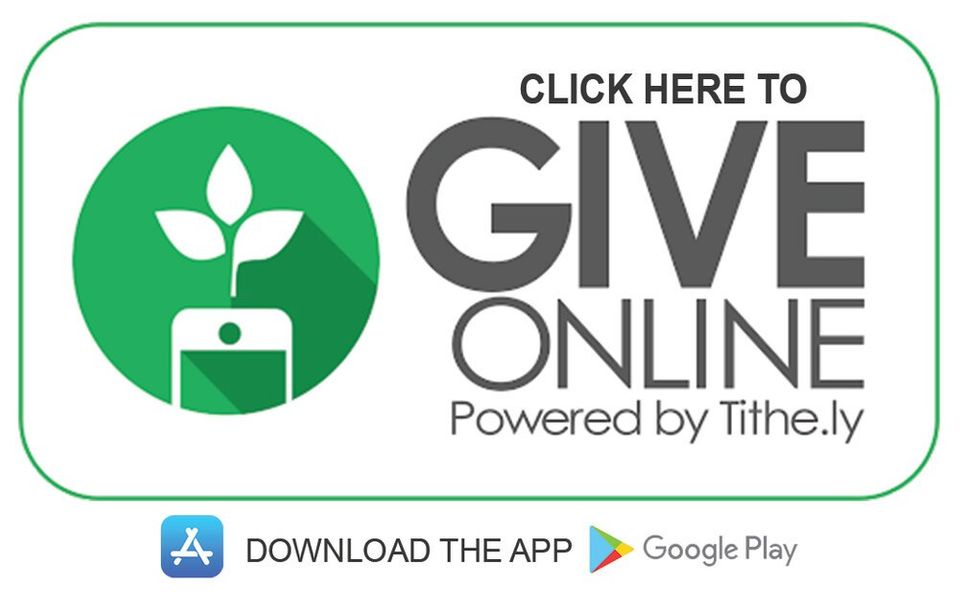 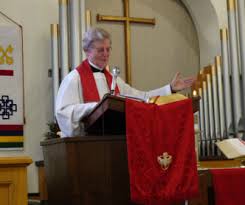 Following ordination to the Christian Ministry, Pastor Kriebel served from 1959 to 1972 the Palm Schwenkfelder Church, which voted to affiliate with the United Church of Christ in 1959. During the 13-year pastorate the 635 member congregation dedicated a new Christian Education building, opened a weekday nursery school, Palm Country Day School, and joined in creating an inter-faith fellowship of area churches. She also initiated pre-marital counseling and family life seminars.

From 1972-1979, Rev. Kriebel served as Assistant to the Conference Minister, Pa. SE Conference, United Church of Christ with responsibilities in Evangelism, Social Action, Church Extension, Health and Welfare, all groups under the Division of the Church in Society.

Two research projects of Dr. Kriebel have been published: “Schwenkfelders and the Sacraments” and “Retracing Our Roots,”  plus numerous research books for study and action, especially in the field of Evangelism, a multi-media pageant, “The Years Between, 1725-1975” presented at Ursinus College as a part of the Pennsylvania Southeast Conference celebration of the first German Reformed Communion, a 1988 Pilgrim Press Award publication, “A Stole is a Towel,” and recent PowerPoint presentations including “When Collegeville was Freeland,” and “The Grass is Greener.”

Some highlights of pastoring Trinity’s congregation were the 150th anniversary of the church’s founding in 1854 and the 150th anniversary of the Church School. The congregation is home to many community groups, and is involved in mission work in Haiti and Japan,  the Appalachia Service Project, Grace Bean’s Soup kitchen and the Patrician Society in Norristown, and a Service and Project Group that provides caps and mittens, blankets, place mats, wheelchair bags for area institutions and Head Start. each year for the past ten years. In 2005 the congregation became a partner parish with St. Peter’s Church in the former East zone of Törten, Dessau, Germany.

The term "Pastor Emerita" (female) is used by the church to honor a person whose lengthy ministry in that church as been one of distinguished service.  On May 25, 2018, Trinity Reformed Church honored Pastor Kriebel by bestowing upon her the title of Pastor Emerita, to honor her long and successful service to the church.

You can read more about Rev. Kriebel on the 150th Anniversary Website of the Lutheran Theological Seminary at Philadelphia (LTSP).  Rev. Dr. Kriebel was the first woman to earn a degree from LTSP in 1965.
Rev. Dr. Kriebel's Sermons 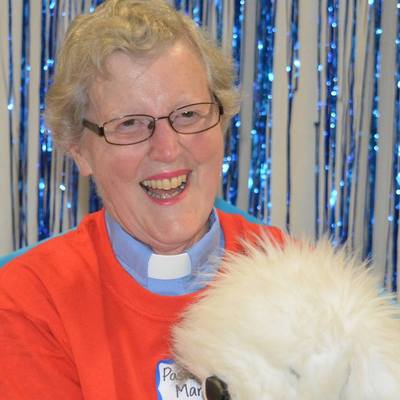 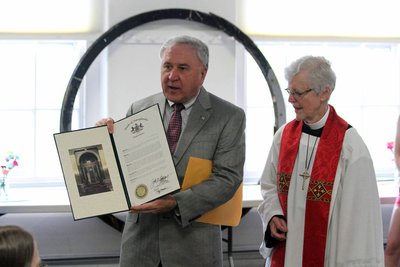 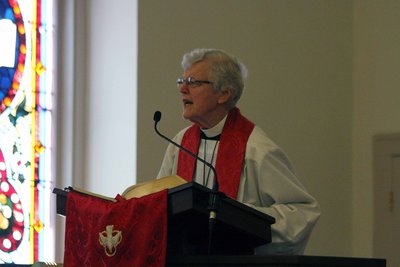 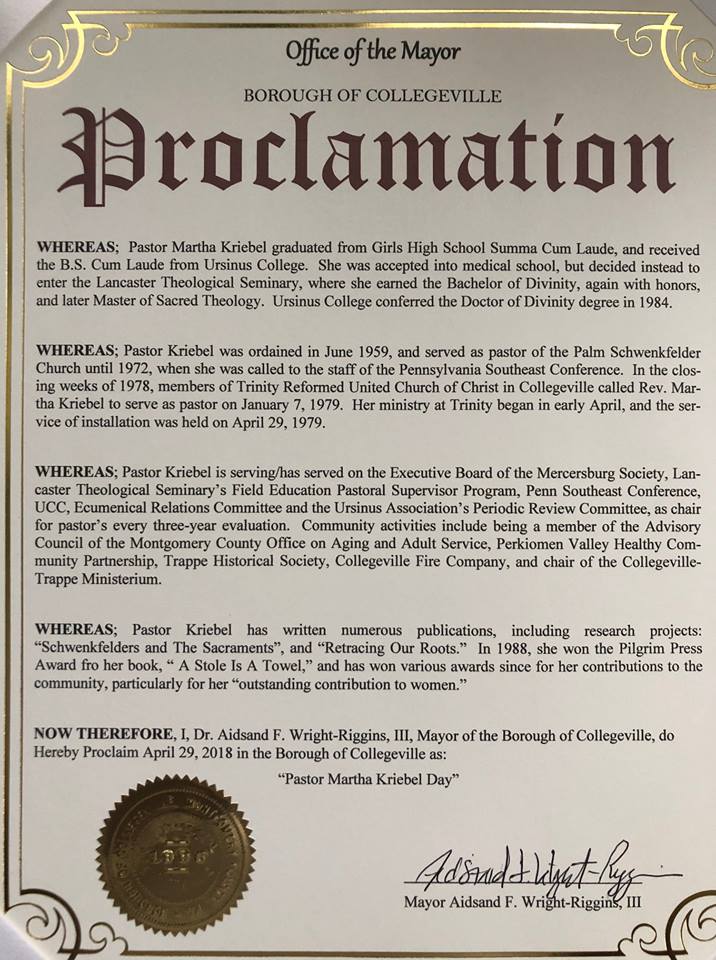